The leadership team at Greenwood, which includes former Atlanta Mayor Andrew Young, unveiled their new platform on Thursday after raising more than $3 million in seed funding in June.

Glover has been working on Greenwood since early 2019, but he said interest in the venture spiked after the police killing of George Floyd in Minneapolis sparked a nationwide reckoning with racism that has inspired many Americans — including manyin the corporate world — to support Black-owned businesses and financial institutions.

While the bank doesn’t open until January, the company launched its website on Thursday and there is already a waiting list for those who want to open a Greenwood account.”I will say we’re in the tens of thousands,” Glover told CNN Business on Friday. “That number is increasing by the day.” 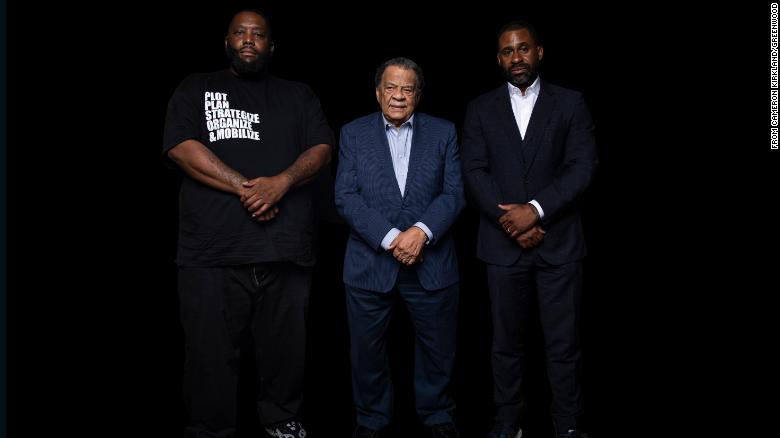 Like its competitors Chime, Aspiration, Money Lion and Vero, Greenwood is a digital bank whose financial services — including checking and savings accounts, mobile deposits and peer-to-peer transfers — are fulfilled almost entirely online. The bank offers a global ATM network, Apple and Android Pay services, and two-day advances on paychecks for customers who sign up for direct deposit.Unlike its peers, however, Greenwood’s target audiences are Black and Latinx communities and anyone else who wants to support Black-owned businesses.

Glover says the bankwill specialize in financing Black and Latinx entrepreneurs who typically have a harder time securing loans from mainstream commercial banks.”In order to build wealth, you need bank capital,” Glover said. “We will identify qualified entrepreneurs, business owners and creatives to equip them with the capital needed to make their dreams a reality.”

Greenwood is named after the former Greenwood district of Tulsa, Oklahoma, an early 20th century African-American business community that was so prosperous it was nicknamed Black Wall Street.

A mob of White Americans destroyed the Greenwood district during the 1921 Tulsa race massacre.

Before it was destroyednearly a century ago, Glover said,a dollar spent in Tulsa’s Greenwood district would circulate 36 times before leaving the community.”Today, a dollar circulates for 20 days in the White community, but only six hours in the Black community,” Render said in a written statement. Black Americans are twice as likely to be denied mortgage loans by traditional banks, but minority depository institutions have a better track record of lending to non-White individuals.”This lack of fairness in the financial system is why we created Greenwood,” Render added.

Why create a digital bank? 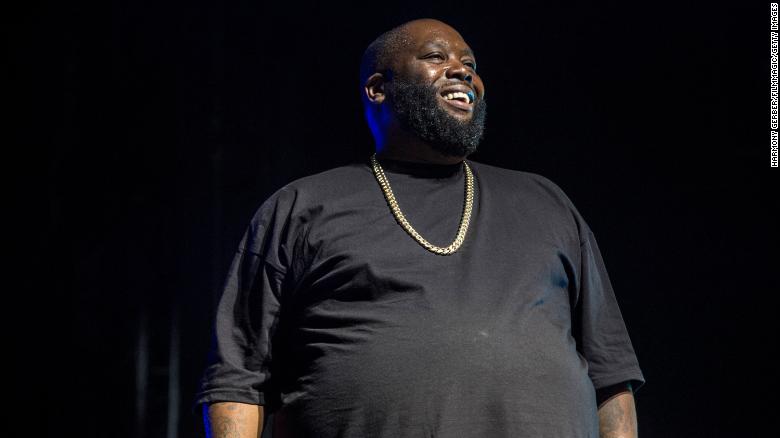 Killer Mike of Run the Jewels performs at FYF Festival on July 22, 2017 in Los Angeles. Glover points out that Americans have been banking online almost exclusively at higher rates in recent years. It’s a trend major commercial banks have been slow to embrace and a sector Glover says hasn’t done much to reach out to minorities.”

There were no digital banking solutions that cater to the African-American or Latinx communities until Greenwood,” Glover said.In 2017, about 17% of Black Americans didn’t have a bank account, compared to just 3% of White Americans, according to an FDIC study.

There are only 23 minority-owned banks in the US today. Glover says those brick-and-mortar institutions have done a “fairly good job” supporting minority communities over the years, but “today is a new day.”

Glover founded Bounce TV in 2010 before it was sold to TV station owner E.W. Scripps in 2017 –an acquisition deal that included two other networks — for $292 million, according to Deadline. The self-described serial entrepreneurwas inspired to create Greenwood in 2018 after noticing his son and daughter did all their banking online.”I believe digital banking is the wave of the future, not just something that’s popular now,” he said.

ICYMI: 5 Apps That’ll Help You Get Over That Painful Breakup http://bit.ly/3OsKut9 via @TechDailyPost

Netflix woes continues as they lay off 300 staff https://bit.ly/3u40HNN via @TechDailyPost

TechDailyPost15 hours ago
Meta rebrand Facebook Pay to Meta Pay with the hope to cater for the metaverse https://bit.ly/39QYwpX via @TechDailyPost